Since June 2018 it has been officially and legally confirmed: The “Interessengemeinschaft der Rückenschullehrer/-innen e. V.” has become the ”Institut für Gesundheit und Ergonomie e. V.”.

The re-naming is the logical conclusion to a development that began a number of years ago. The name now matches our increasingly broader range of services much better. As the Institut für Gesundheit und Ergonomie e.V. we support various forms of stakeholder groups. We research and compile studies, give training, certify and are development partners and advisors. Companies promote the health of their employees through our training courses.

The IGR remains a powerful network. Doctors, physiotherapists, scientists, operational health management staff, government representatives or product developers and dealers – they are all concerned with health and ergonomics.

The institute has its headquarters in Nuremberg and was founded in the middle of the 1990s. It originally began with courses for children, but in the meanwhile it deals with almost everything that is of importance for healthy work.

Pleasure and entertainment are an important key for the sustainability of the measure for the improvement of occupational health. Through its initiatives and projects the institute actively supports companies in the achievement of their goals.

People are the focus of our thoughts

Through our initiatives & projects we actively support companies in the achievement of their corporate health goals. The Institut für Gesundheit und Ergonomie e.V.  is an amalgamation of experts from the areas of ergonomics/back health. 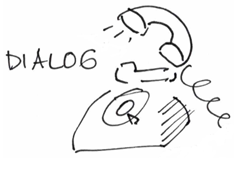